My mendel is finally running again. This took weeks longer than expected (hence the me not responding), first because the extruder I had did not work at all, then cooling problems, then a non functional slicer and then missing steps (which are still present). It now prints on an acceptable level. Tomorrow I hope to 3D print and test the CN642A cartridge carrier.

And other, important-er news. Last Thursday I had a meeting with the people of Ultimaker. For anyone that doesn’t know, Ultimaker is a Dutch, open source 3D printer builder. They were one of the first n the market and also are responsible for some of the most important things in open source 3D printing, such as marlin (firmware). They are also experimenting with inkjet printing and are also busy with the CN642A. They also have a CN642A carrying printer and have figured out the logic level (the 1,5V) themselves too. They are now waiting on more parts to test with this level and in the next few weeks they will see if the information to the printhead is somehow encrypted. If it is, they will probably drop the 642, if it isn’t, they will also develop stuff for the 642. Why do I tell this… They are willing to share their knowledge and let us help each other. They might enter the forum in a few weeks.

Also we might be able to use their next electronics in then next 642 version of plan B (project Iris). If this is possible it is a great step forward, because then we have an open source, marlin compatible developed 3D printing board that runs much, MUCH faster than the current Atmega2560 driven boards. Something that is necessary for fast 3DP printing. That is just a hope for now, but I thought I’d share it.

Anyway, I will keep all of you posted on any progress, both from me and if I get it from Ultimaker, and until then, enjoy a picture of my newly fixed Mendel. 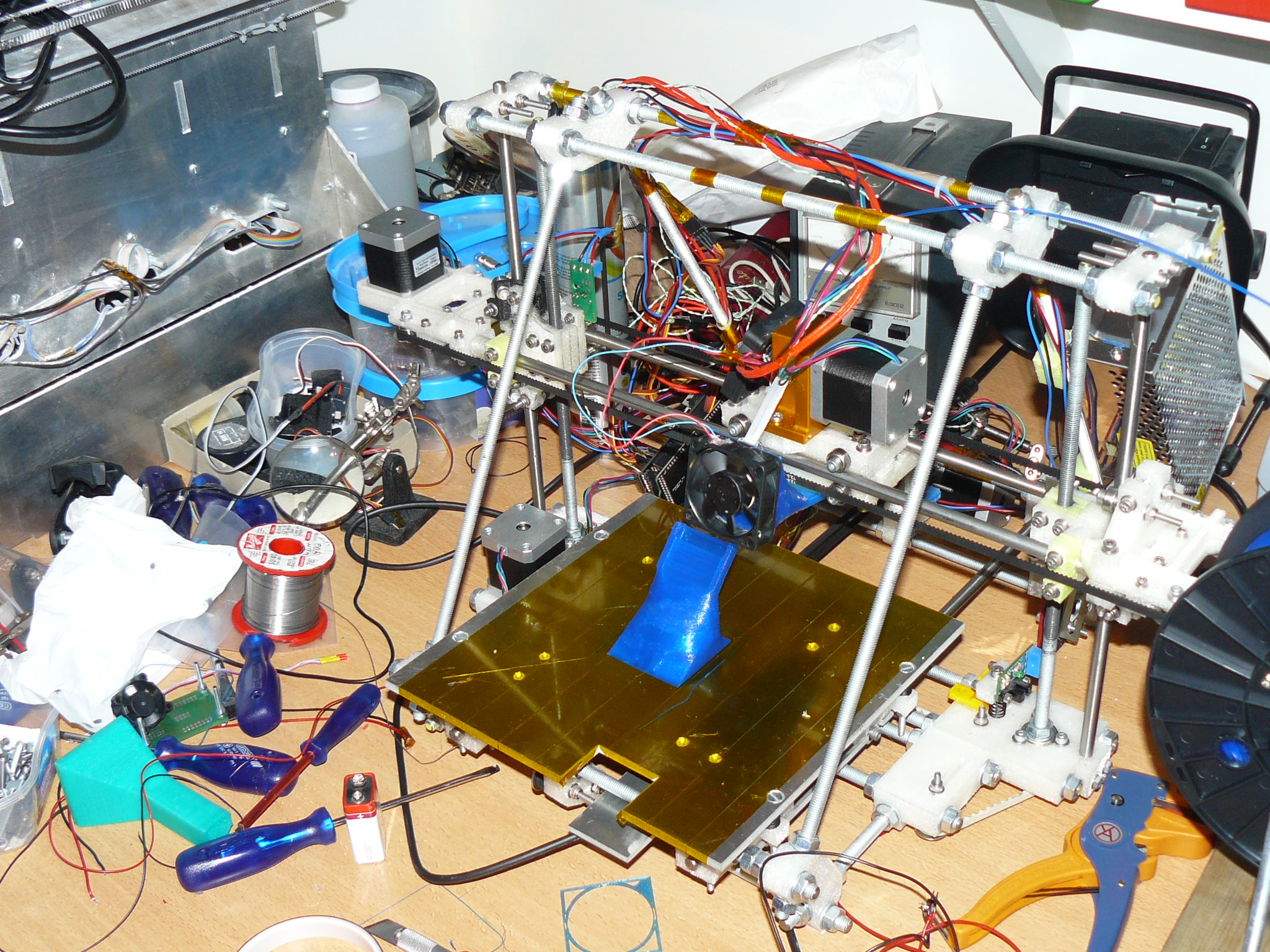