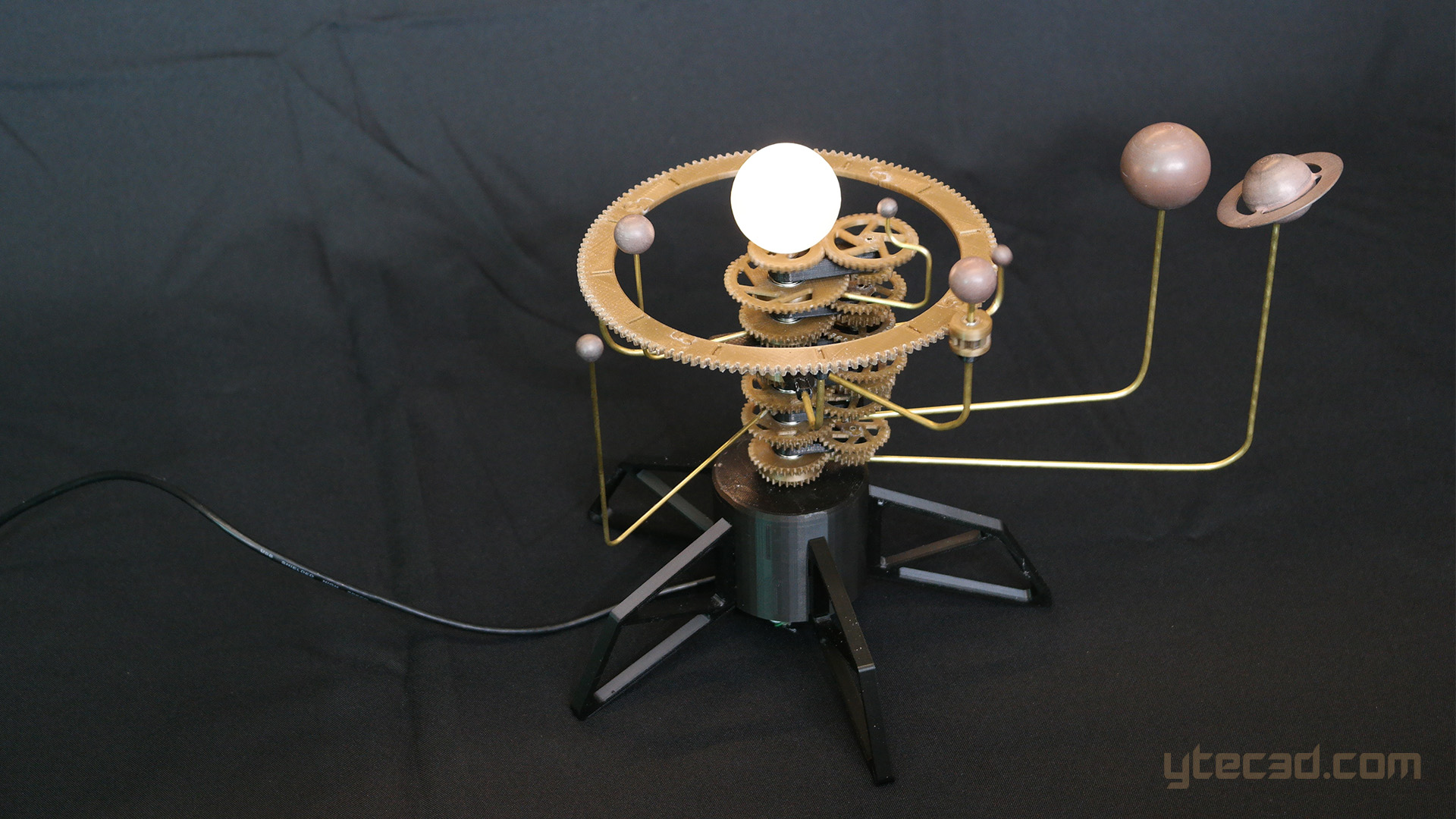 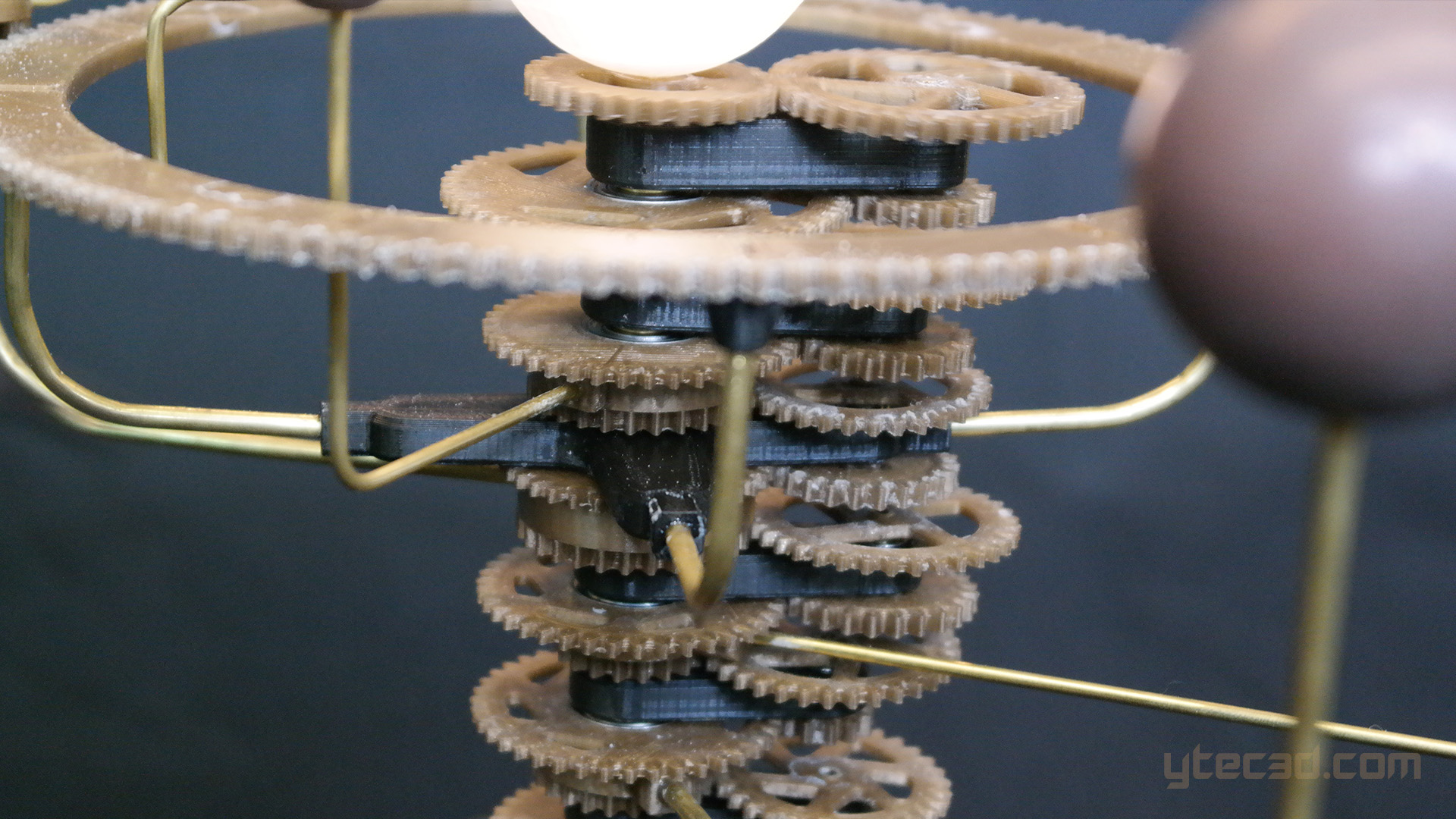 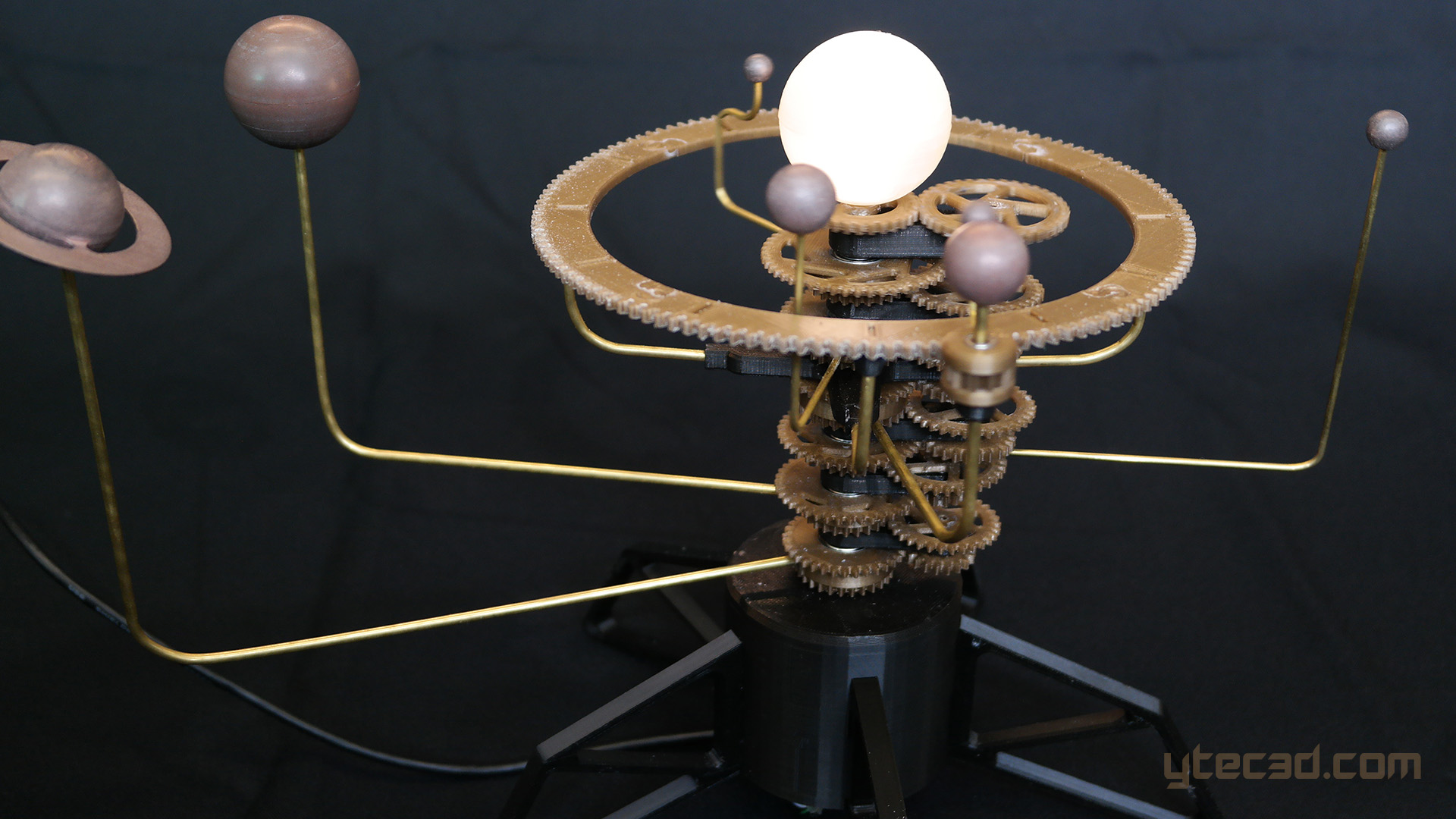 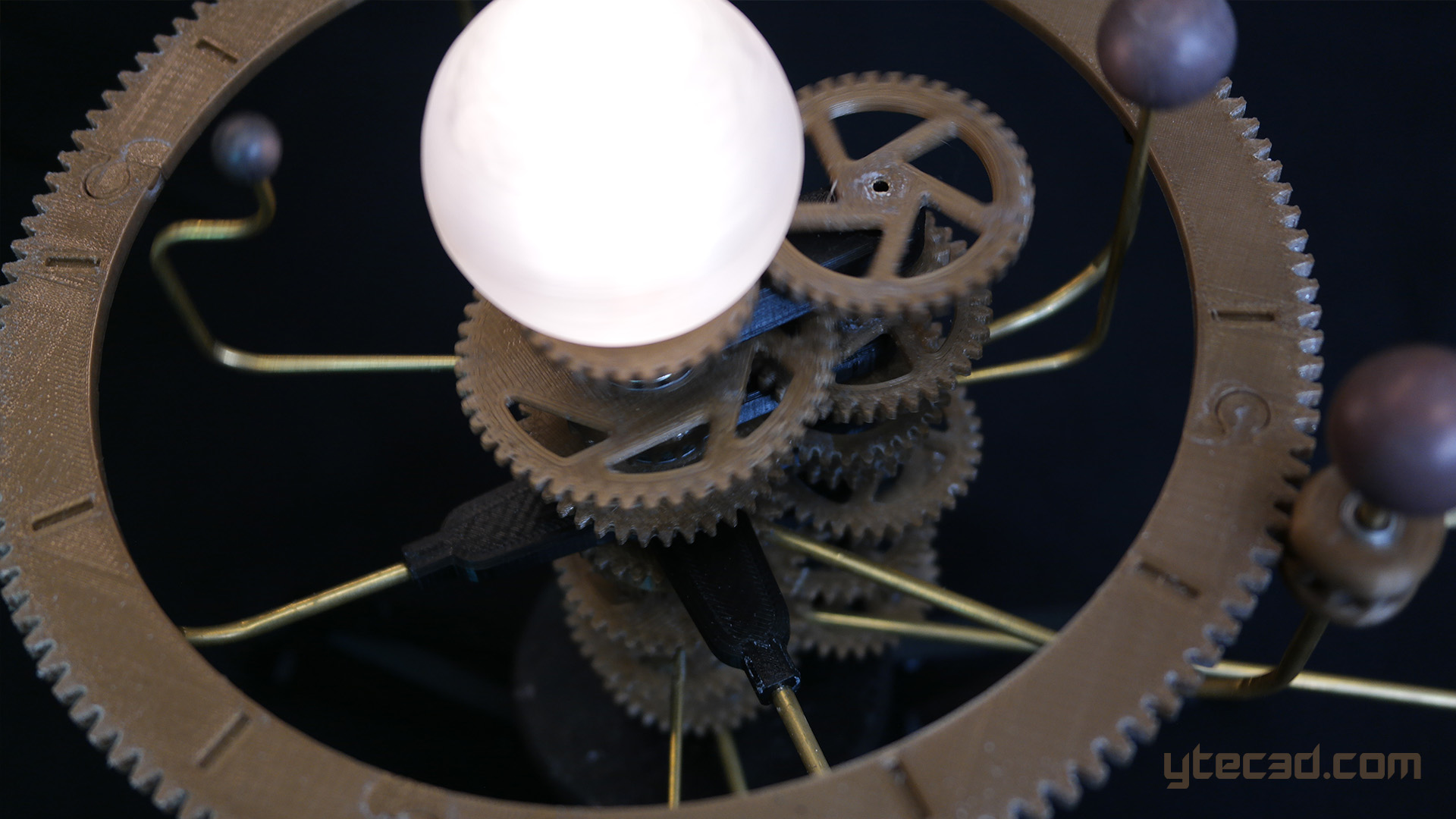 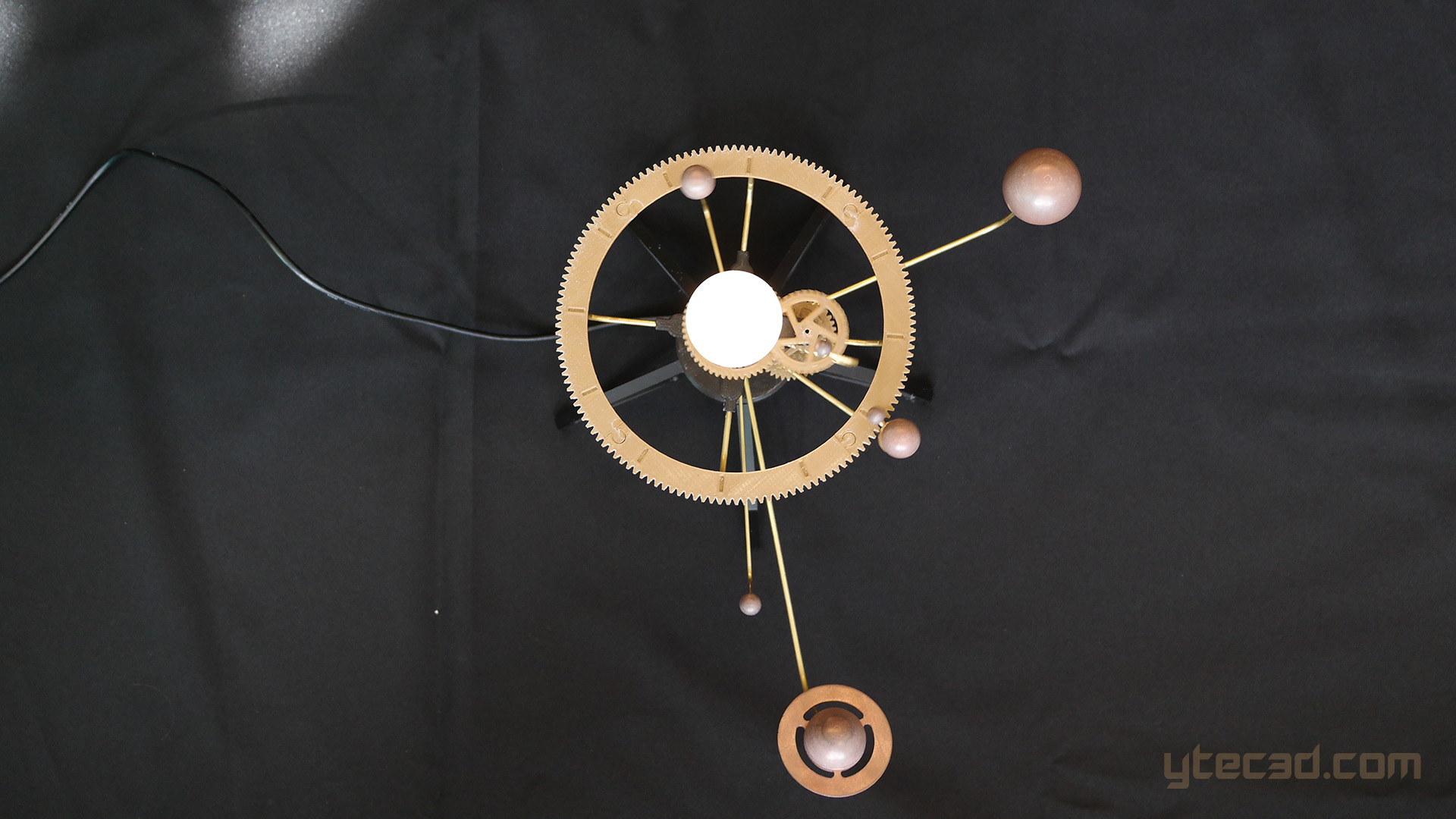 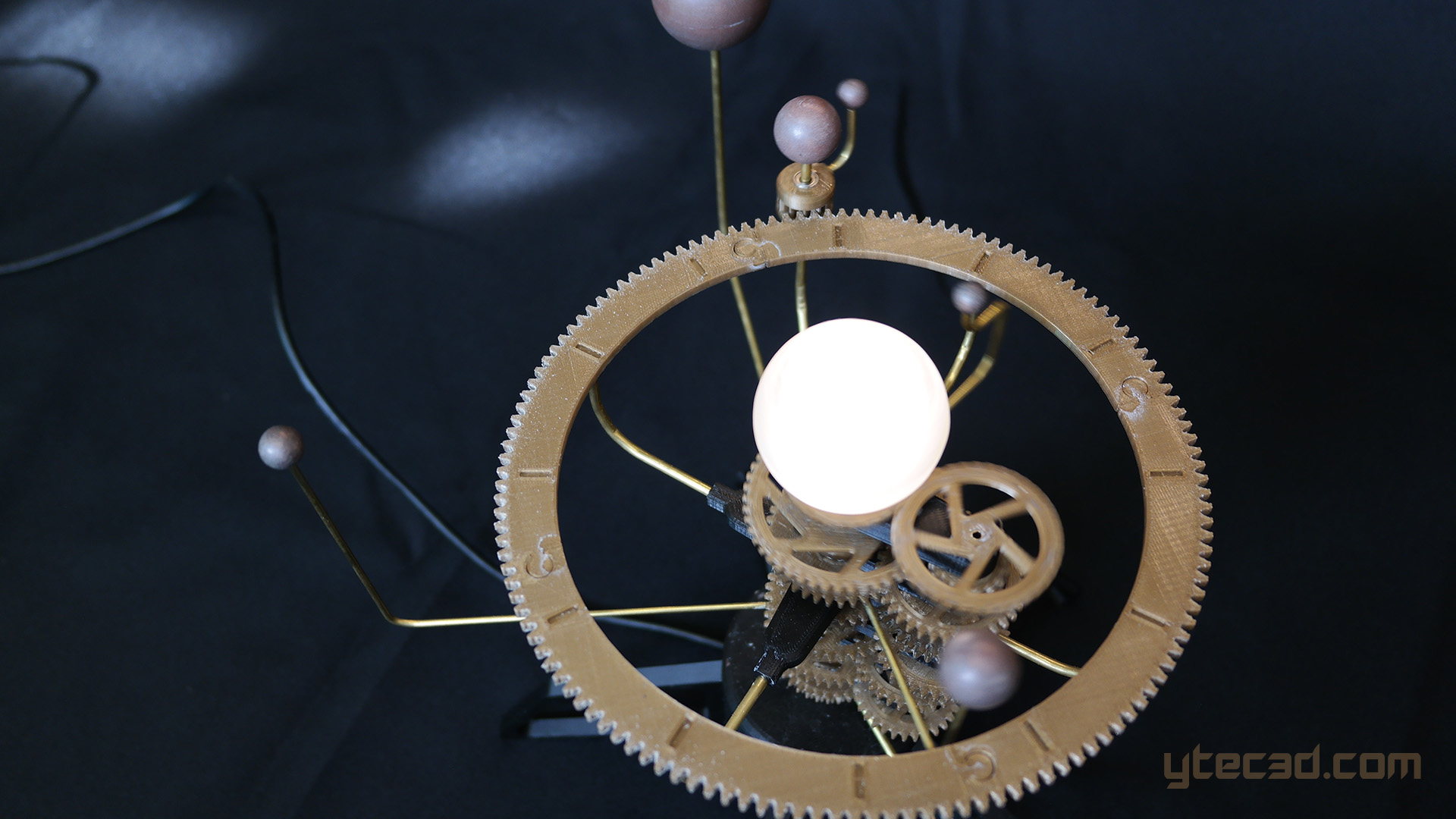 An orrery is a mechanical model of the solar system or parts of the solar system that can predict or illustrate the relative motions of the planets and moons. I have always found orreries fascinating, and when I found that there were no 3D printed versions of orreries yet, I was a bit shocked. I decided that I wanted to design my own version of the orrery, completely 3D printed. The orrery is within 0.1% accurate relative to the real solar system.

The orrery that is shared here is an orrery for the planets Mercury to Saturn. The sun spins and can be made to light up. The moon is also present, spinning around the earth. The whole orrery is made from 3D printed PLA. Gold for the gears, black for the frame, clear for the sun and Bronzefill for the planets and moon. All in all the orrery was printed in around 15 hours with a layer height of 0.2mm. To make the orrery run smoothly, all rotating parts use ball bearings. The base houses a small 5V motor that is powered by a USB cable. The sun is lit using Led’s and a slip ring is used to get the power to the spinning sun.

Uranus and Neptune have also been designed, but have not been incorporated in the main design. Both Uranus and Neptune spin really, really slowly around the sun and make the orrery incredibly large. On most old orreries they are also not included. For these reasons the 2 last planets were left out. They are still available in the downloads for anyone that does want these 2 planets.

To make your own you can download the files below and click this link to go to the assembly guide: http://www.instructables.com/id/Solar-System-Orrery-3D-Printed/