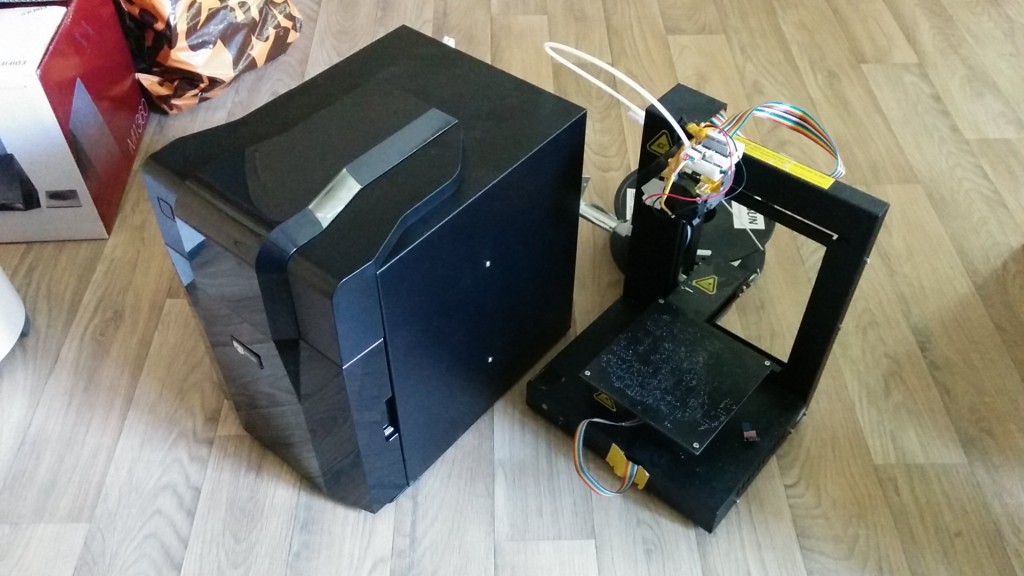 On the right, my current UP! Plus, on the left, my New UP! Mini

The title says it, hello, new 3D printer. I for some dark and mysterious reason won a 3D printer. with what, you might ask? with this: http://www.instructables.com/id/Hand-in-hand-clock/. Technically it won in 3 contests, but 2 of those were just runner ups. When I saw I was in the finals, I was thrilled and expected another Instructables shirt, but somehow I won a 3D printer. The printer in question, an UP! mini. A slightly smaller version of the UP! Plus. A welcome addition, because I often have massive under capacity. A lot of 3D printed projects will now print twice as fast. The only issue I have with the new printer is this. It is called the UP! mini, and yet it is larger in size than the UP! plus.

I am basically banging rocks together here, and somehow, my balcony is now on par with some rain-forests. I will admit, for some time, the system ran like garbage, but once I got decent nutrients, the thing just exploded. Plants everywhere. This leaves me thinking, with diminishing return and everything, just how much more can I get from a controller. Can’t be that much. Maybe I am overthinking this all. I am going to experiment with ordinary hydroponics for a few seasons before I am going to rethink a controller. I need to learn a lot more before I can come up with something relevant. From what I have learned so far, 90% of what you get comes from the nutrient. 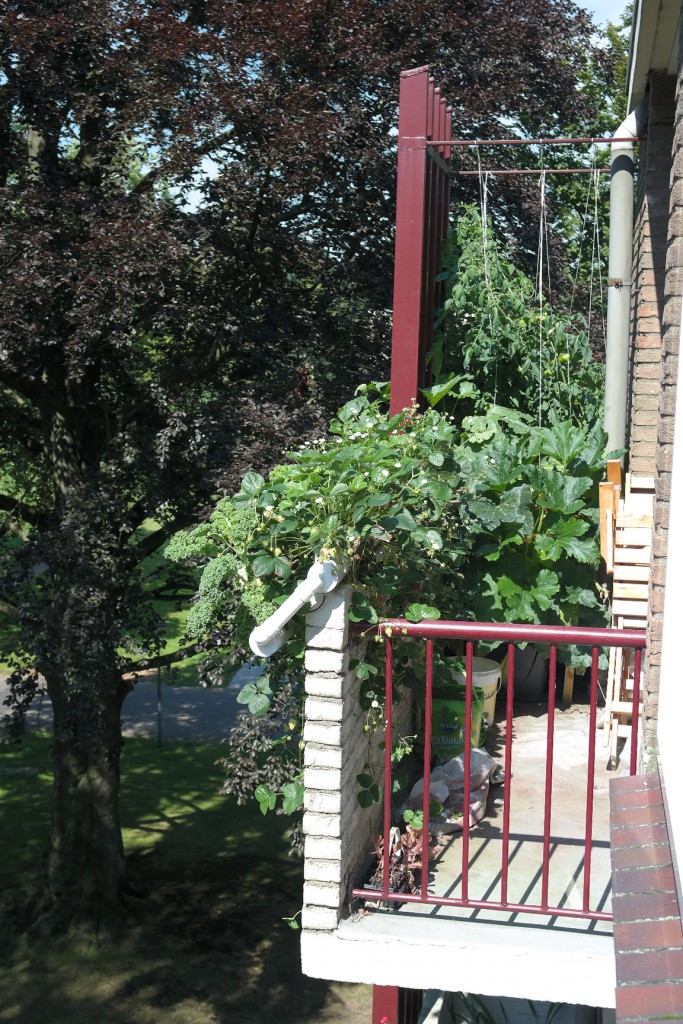 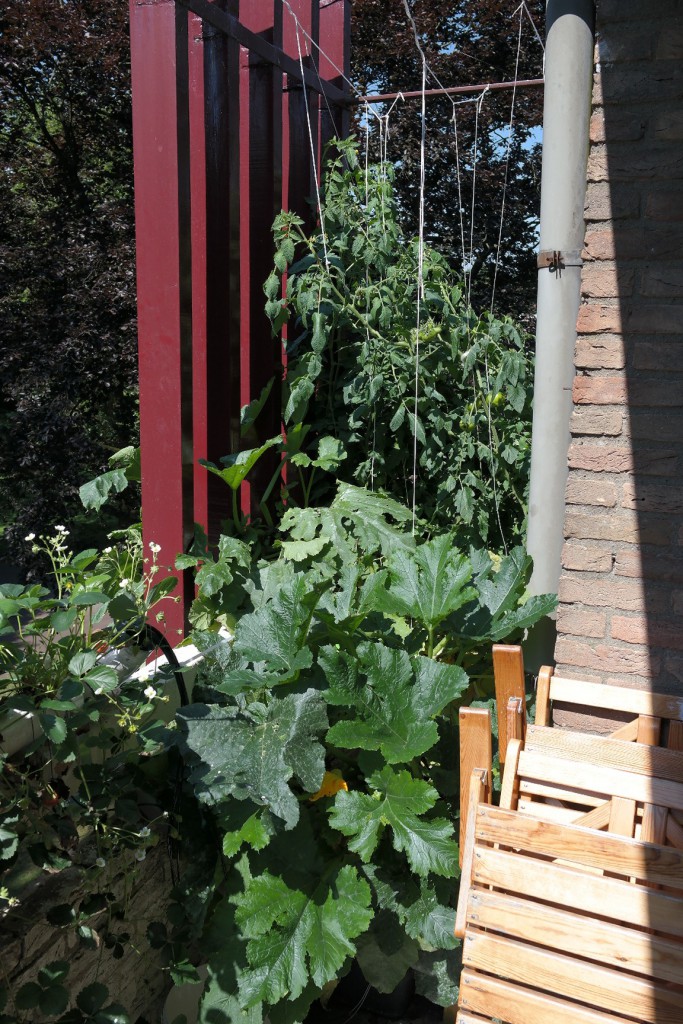 In the category things I am more experienced with. Props. The Pip-Boy Mark IV has hit the internet, and boy has it hit. This website was on the point of crashing multiple times, but it never actually did. Yay me. The Fallout 3 Laser rifle is also done, so to all the people that wanted a Laser Rifle, here you go. In light of Fallout 4 it may seem a bit redundant, but I started it way before the Fallout 4 announcements, and I was not throwing it away just because there was going to be a new one.

Now at this point I have no more props on the official Prop list. I am open to suggestions. Always wanted a cosplay prop 3D printable but it is not available. Throw it at me, maybe it will stick. Anything is allowed as a suggestion, books, graphic novels, series, movies, games. Smaller is better because it is easier, but that shouldn’t stop anyone. I heard the Fallout 4 Laser pistol come along, and considering it’ s similarity to the laser rifle from fallout 3, it is worth a thought, but it is a big one, so I also like other ideas. Go to the new forum (see below) and leave a suggestion.

The Hand in hand clock has thus far been the most worthwhile project I’ve had. Not because it did that extremely well by itself, but because it took only 6 days to make. It has won me a bunch of small prizes, and a complete 3D printer. I do have a confession to make about it though. It has been hanging on my wall, but it hasn’t been running in months. I found it too noisy, and with all other projects, I simply did not have the time to make it quieter. I want to do this by adding a DC motor with encoder. These motors have smoother power, and should be orders of magnitude quieter.

I also had people suggest making a skeleton clock version of the Hand in Hand clock, and I really think that would be awesome. I am an engineer. I don’t want minimalist clocks, I want to see gears. I have made a design of it and it and I think it came out really well. I spent a bit more time designing it, so hopefully this version will be a bit easier to assemble. I don’t know when I will actually make it, but I will definitely make this skeleton version. 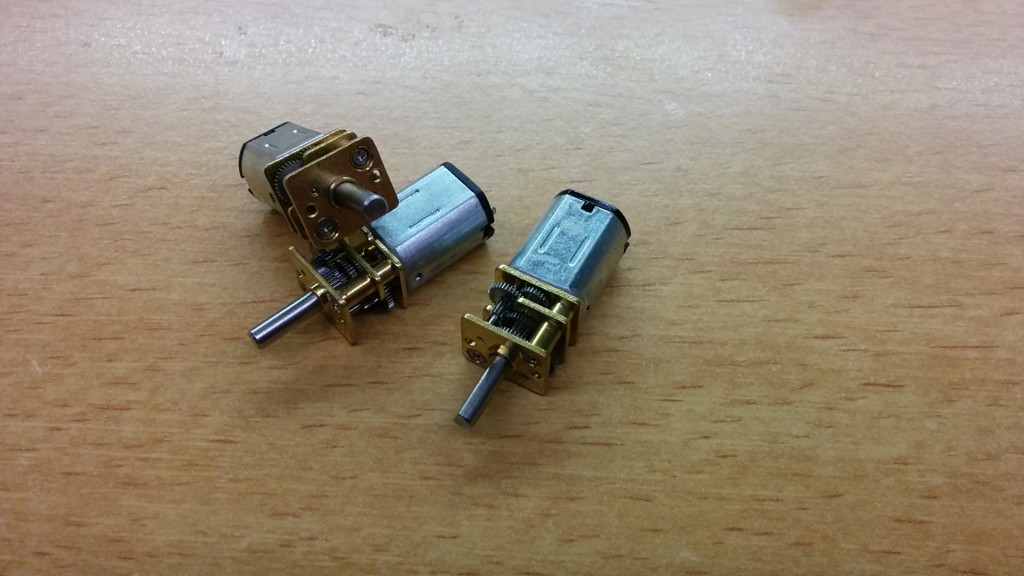 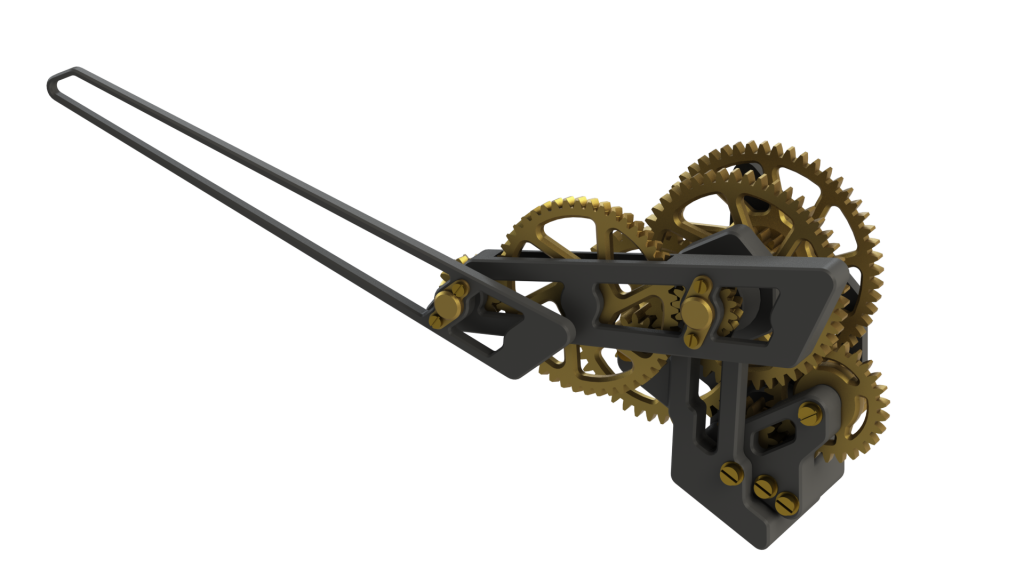 Plan B is now completely done. No more updates will happen (other than one tiny software update that does not want to work) to anything Plan B related. Plan B has given me invaluable knowledge on 3DP printing, but I can not learn any more from Plan B. It is built as a prototype printer, a platform to perform basic tests on. It has fulfilled it’s purpose, now it can rest. The original Plan B I have is also completely tired. It had numerous upgrades, and has run for more hours than expected. It needs a complete overhaul and with the amount of work that is, that is not going to happen.

While the lessons I learned from Plan B can not be told in just one Blog entry, I have done some major Upgrades in the Year I used it:

Ytec has a new Forum. You can find it here: http://ytec3d.com/forum/

The forum was replaced because I was fed up with BBPress’ complete lack of any features, and it being incompatible with my theme. Login in was hard to do, and even stopped working from time to time. It had no preview, you couldn’t upload pictures to it and basically nothing was possible other than posting text to it. I now have a shiny new forum running besides WordPress, and even though it is pretty much generic, I like it.

There are 2 printers I have in the official project planning. One is already in the first stages, one is on the Planning for somewhere early 2016.

The first printer is Tesseract. It is going to be an FDM, but it will be capable of unloading itself due to some stainless steel black magic. Keep an eye on the Forum for more information on that. First experiments will should within a month. After that it should go fast.

The Second printer is Oasis, the next powder printer in the queue. It was originally going to be Iris, but I am saving that one for a printer capable of printing in color. Oasis is going to be cheaper and more versatile in terms of modifiability. I hope that Plan B was the Darwin of the 3DP printers (proof of concept, but not that useful in real life). With that I hope that Oasis will be a Mendel (the basis for all future printers of it’s kind and actually useful by itself). I still need a printhead, and my sights are still on the HP45, so the first thing will be hacking that.